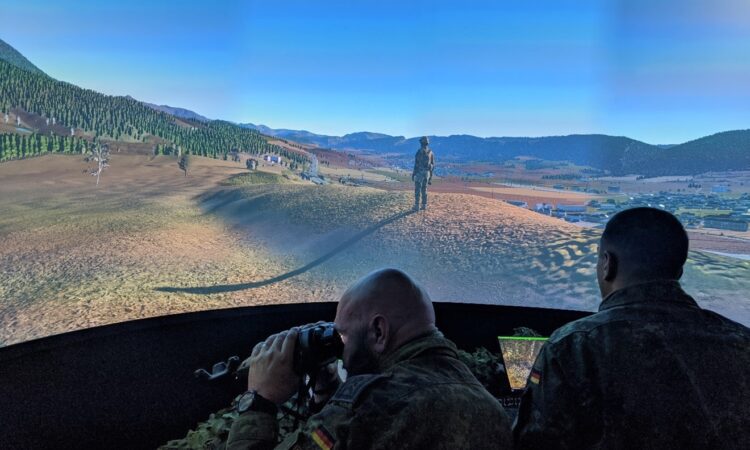 Bagira’s newly introduced Joint Fires Training and Exercise System (JFTES) was recently successfully operated in the large-scale Bison Strike exercise conducted by The Royal Netherlands Army. Performed in the D-sim ‘t Harde, Netherlands, the exercise was joined by forces from the Netherlands, Germany, and Belgium. The Fire Support Teams (FST) of the three armies trained in the scenarios executed by Bagira’s simulators. For the completeness of the operational environment, other role-players engaged in the scenario besides the FSTs. These were Joint Terminal Attack Controllers (JTAC) acting as pilots, a Fire Direction Centre (FDC), and Fire Units (FU). The commanding level was also a role played by the maneuver commander.

Bagira’s JFTES for The Royal Netherlands Army supports the education and training of FST’s from planning, detecting, engaging, and up to the battle damage assessment. Several configurations of the simulator are employed in 6 bases: ‘t Harde, Schaarsbergen, Havelte, Roosendaal, Oirschot and Doorn. All these simulators comply with the Dutch/NATO doctrine and drills and offer the trainees a full combat operational environment including a sophisticated opponent in a populated battlefield.

JFTES is in its final introduction phases to The Royal Netherlands Army, and the Bison Strike exercise was the first large-scale opportunity for it to be used.

All participants were partially or completely inexperienced with the system and were introduced to the system on the first day. Nevertheless, the execution of the complex and realistic scenarios and integration of different types of fire support worked out very well. All participants, trainees, and supervisors from the three countries were very enthusiastic and happy with the high level of training they have achieved. 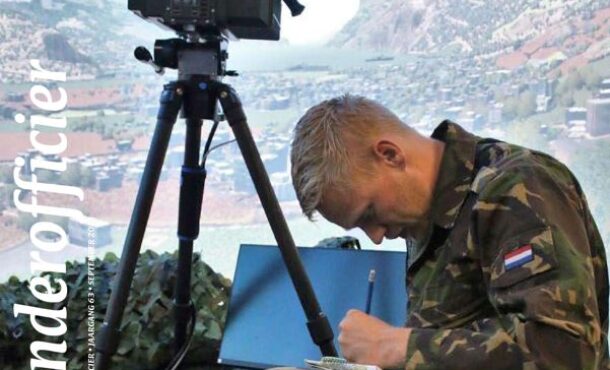 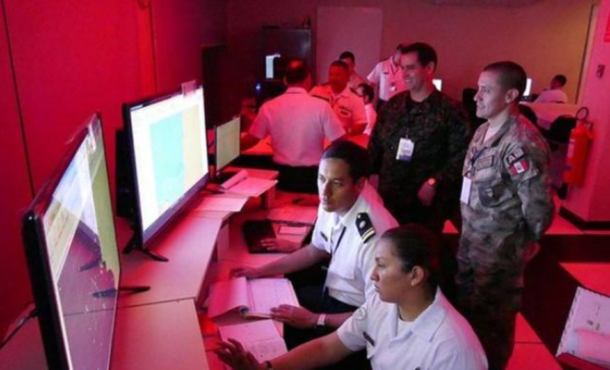 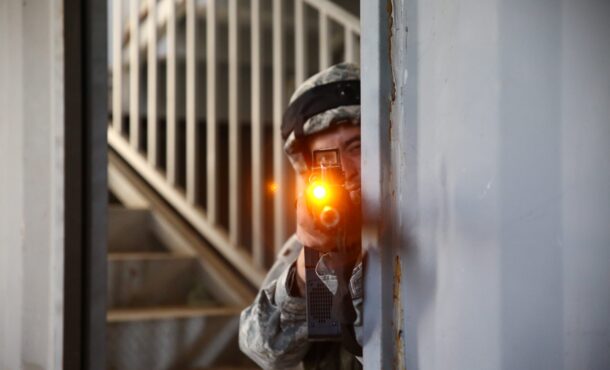